The One Minute Manager

Home /  Blog /  The One Minute Manager 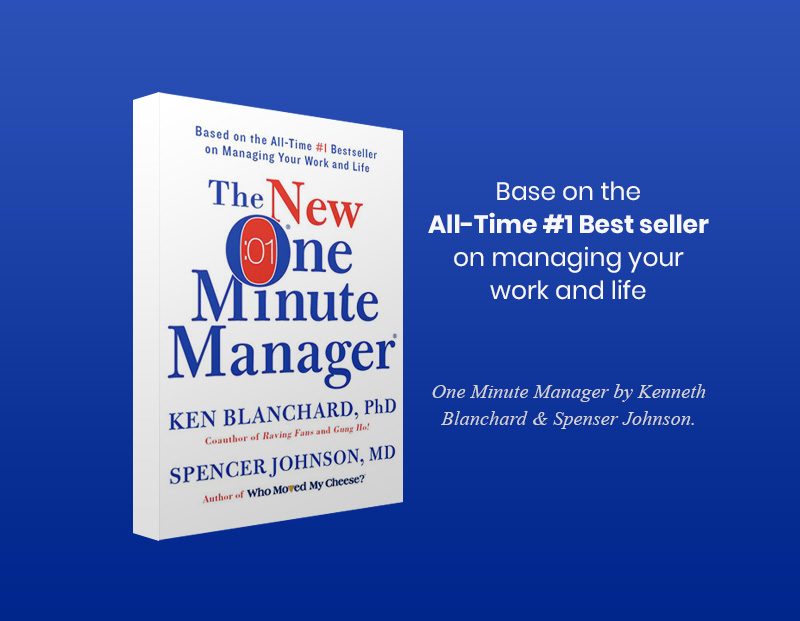 The One Minute Manager

Are you constantly interrupted by people arriving in your office to solve the problems that you originally hired them to solve?

How much time do you think you spend on a daily basis doing this?

By giving them your time EVERYDAY, are you not actually doing that job, that you HIRED them to do?

Wouldn’t you rather teach them how to solve their own problems instead of putting out their fires every day?

If any of the above questions strike a nerve with you then we recommend you read a book called “The One Minute Manager by Kenneth Blanchard & Spenser Johnson”.
Just think about this, are you good at managing? Do you consider yourself a “good and fair” boss?

Do you know how to delegate tasks and ensure that the tasks are completed on time without any interruptions?

This little book breaks everything down into one minute:

So why do you think One Minute goals work and motivate people to perform at their best?

“I’ve seen a lot of unmotivated people at work in the various organizations I’ve been employed in over the years. But I’ve never seen an unmotivated person after work. Everyone seems to be motivated to do something.”

“One night, for example, I was bowling and I saw some of the ‘problem employees’ at work from my last organization. One of the real problem people, who I remembered all too well, took the bowling ball and approached the line and rolled the ball. Then he started to scream and yell and jump around. Why do you think he was so happy?”

“Because he got a strike. He had knocked down all the pins.”

“Exactly. Why don’t you think he and other people are that excited at work?”

“Because he doesn’t know where the pins are,” smiled the young man. “I get it. How long would he want to bowl if there were no pins?”

“Right,” said the One Minute Manager. “Now you can see what happens in most organizations. I believe that most managers know what they want their people to do.”

“They just don’t bother to tell their people in a way they would understand. They assume they should know. I never assume anything when it comes to goal setting.”

“When you assume that people know what’s expected of them, you are creating an ineffective form of bowling. You put the pins up but when the bowler goes to roll the ball, he notices there is a sheet across the pins. So when he rolls the ball, and it slips under the sheet, he hears a crack but doesn’t know how many pins he knocked down.”

“It’s like playing golf at night. A lot of my friends have given up golf and when I asked them why, they said, ‘Because the courses are too crowded.’ When I suggested that they play at night, they laughed because who would ever play golf without being able to see the golf green?”

“It’s all because clearly the number one motivator of people is feedback on results. In fact, we have another saying here that’s worth noting: ‘Feedback is the Breakfast of Champions.”

And to get the rest of that you will have to go and buy the book!

View the schedule of upcoming events